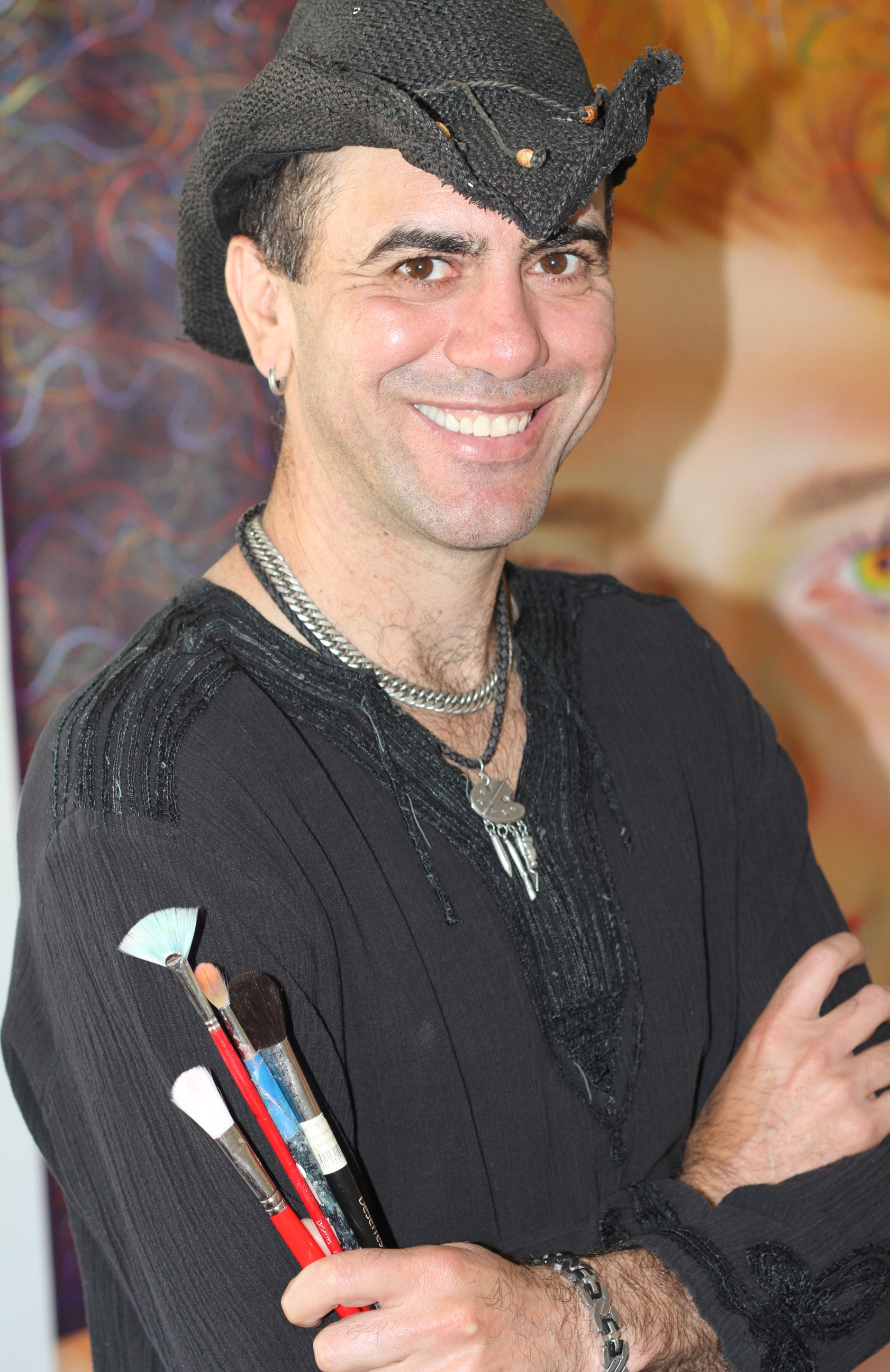 Christiano De Araujo is a self-taught artist who was born in Anápolis, Goiás, Brazil. His earliest memory as a child is the moment when he discovered his love of art. As a toddler, he remembers picking up a crayon that his older sister had left behind. When she found that Christiano had taken it, she grabbed it away from him, but in that short amount of time, he had fallen in love with colours and the ability to create.

His love of art and his talent for the drawing were evident when he was a student in school. His first passion was comics and cartoons and at age 12 he drew his first comic strip.

In his late teens, Christiano began working for Brazil’s highly circulated newspaper, Diário da Manhã, doing editorial cartoons and illustrations. He also continued to work for other local newspapers and magazines. Realizing that he wanted more opportunities than he could have in Brazil, Christiano chose to immigrate to Canada.

His first years in Canada were a struggle. Early on, he landed a job as a Bricklayer, which he did for a number of years. Christiano confronted his weaknesses and discovered his strengths, learned to laugh at his hardships, quickly moving on. He was able to overcome any adversities with a determination to succeed and a desire to make himself a better man. This led to his artwork being published in numerous magazines and newspapers in Toronto.

He also credits his success to a spiritual awakening that he had through meditation and self-hypnosis. It gave him clarity and focus. This experience gave him more confidence and the ability to control his emotions and himself. Christiano devotes much of his life to his art. His endeavours include drawing, oil and acrylic painting, airbrushing, cartooning and sculpting. He is an artist by trade, finds art fun and likes to explore new media and innovated techniques.

Christiano currently resides in Toronto, Canada. He is the founder of Toronto Artists Studio C.A., a studio of visual artists, designers, painters, digital artists and sculptors who design and produce murals, 3D art installations and visual communication projects for audiences on a small and grand scale.

At the present moment, this very moment… Christiano is enjoying the wonderful interaction between the mind and the universe. This infinite universe in which we are all one!